I walked a lot in Firenze! Well... I felt very exhausted in the morning so I didn’t walk a lot though...

This is beautiful and very historical city! Old part is big so it’s nice to walk around. I walked randomly then discovered many buildings. I also found a cozy place for reading a book. Though it’s gonna be rainy tomorrow...

I went to Galileo museum. The name was changed some years ago to which sounds more interesting! But... there’s only a small room about Galileo! If you expect too much, you might be disappointed like me... It’s not about Galileo but about Science! It’s still so nice and worth to see tho. 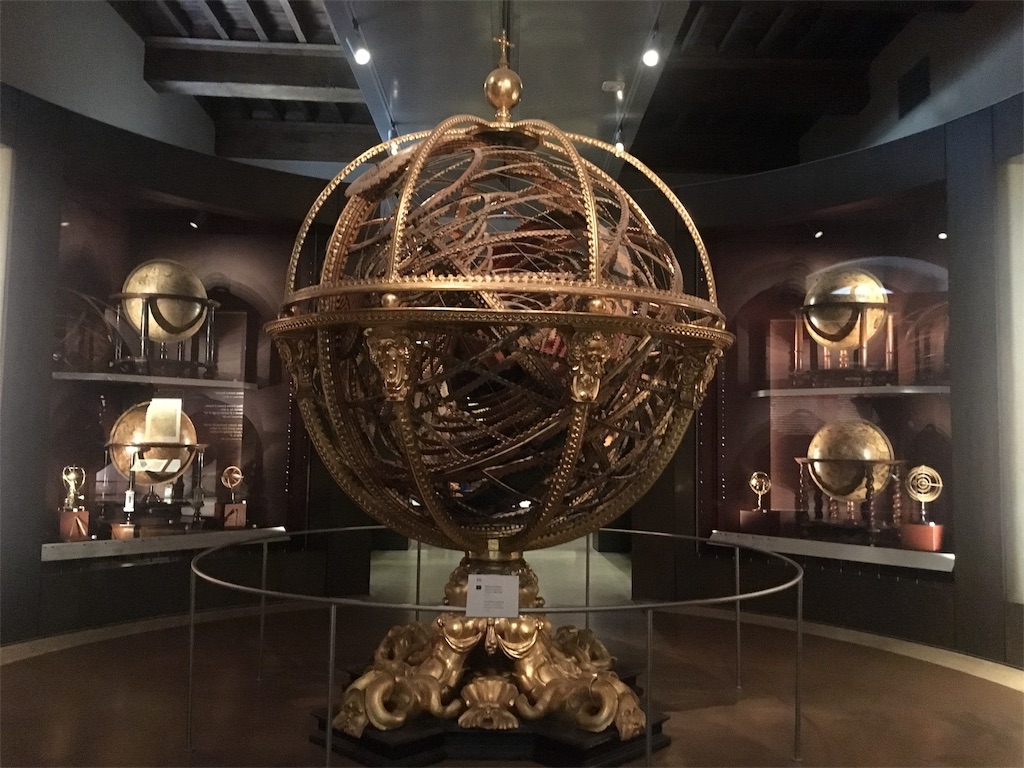 The big glob which showed prince’s power. It is very detailed and big. 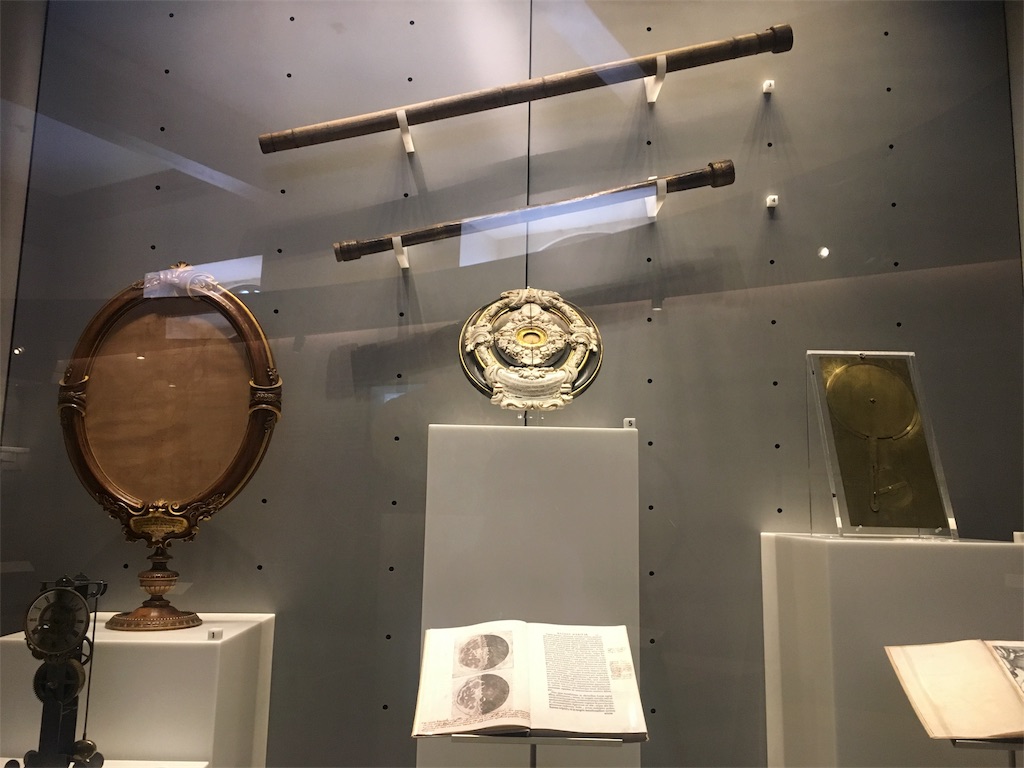 Galileo’s telescopes. Galileo made a revolution for the first time in 2000 years. Over 200 years people believed that the earth never moved and was a center in the space.

Astronomy is deeply related to the god and religion. This is very interesting for me. Ancient people thought lights in the sky were messages from the god. So they tried to understand and it became astronomy. Scientists believed that Everything which the god created must be in perfect form. Yes, it is. That’s super great thing for me! Everything can be explained in simple form and no exception! People were clever and invented many tools. So impressive.

but then the tools were used for wars like to calculate the range of canons. Tools got more convenience but were used wrong direction...

there is also another my wonder. I am not sure about this sonic but as long as this is my

personal memo, I write everything either truth or not :P

Stars are important to lead people in the past. However, I think stars are not mentioned in Buddhism. Stars(or I could say astronomy) are not so important in Asia. I felt like so. Maybe Buddhism is more realistic...? The aim is not to be re-born again. Oh... this is hard to explain in English...! There could be misunderstandings about what I want to say. Hmm... but there’s fortune teller... hmm..... hmmmmmmmzzzzzz....

By the way, you can download an app of Galileo museum for free! It’s very interesting so you should watch it! There are articles and videos to introduce tools:)

anyways, I respect Galileo. I’m very happy to see what he achieved. Tomorrow I will go to the church where Galileo sleeps.

after the museum, I went to Michelangelo park! 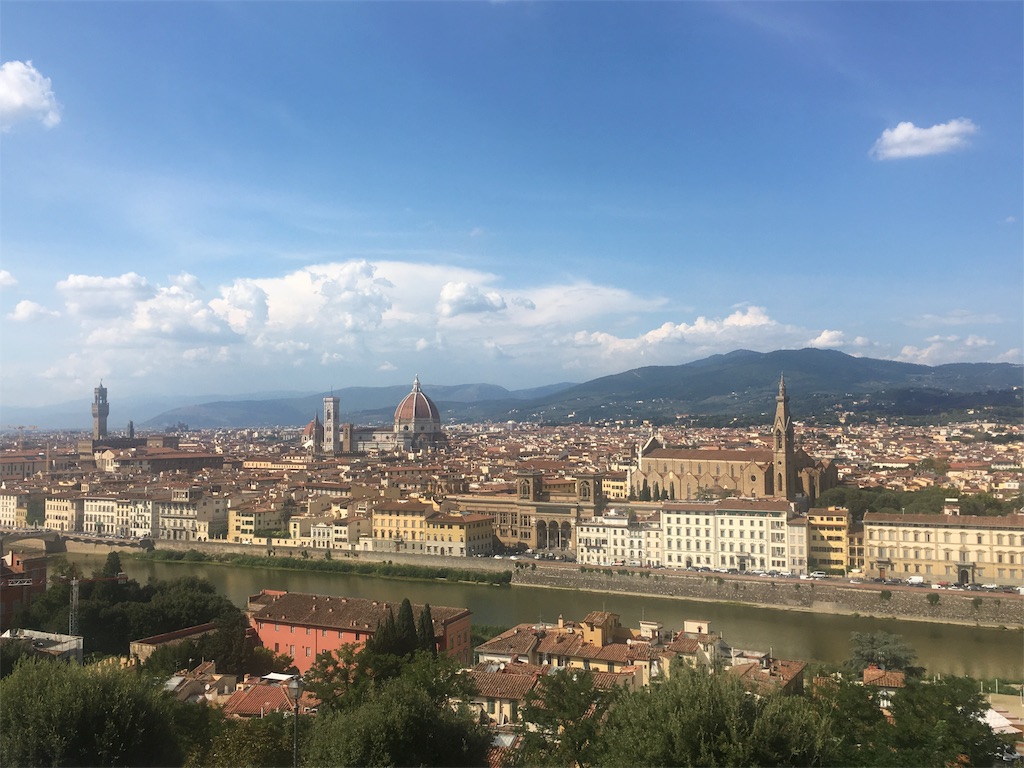 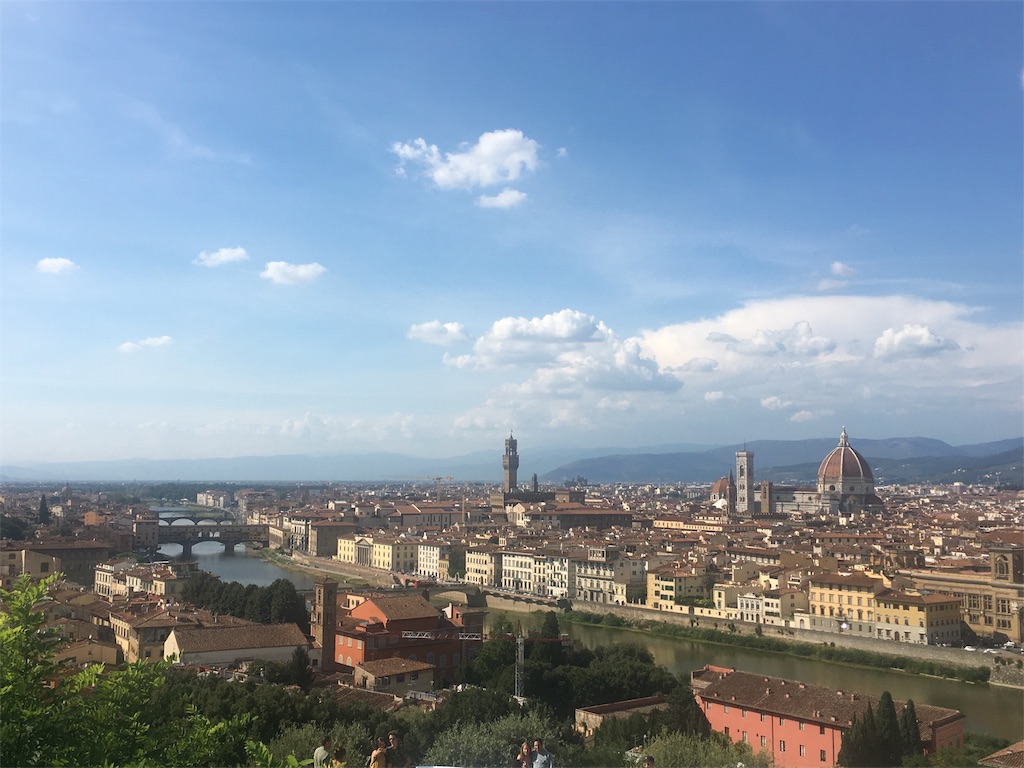 Beautiful. Two outstanding churches. I imagened how rich this city was. It’s also impressive that still many part of old cities can be seen and no higher buildings than churches.

then... I was really tired. I think I walked too much in Venice. I decided to go back to the hostel through vecchio bridge. 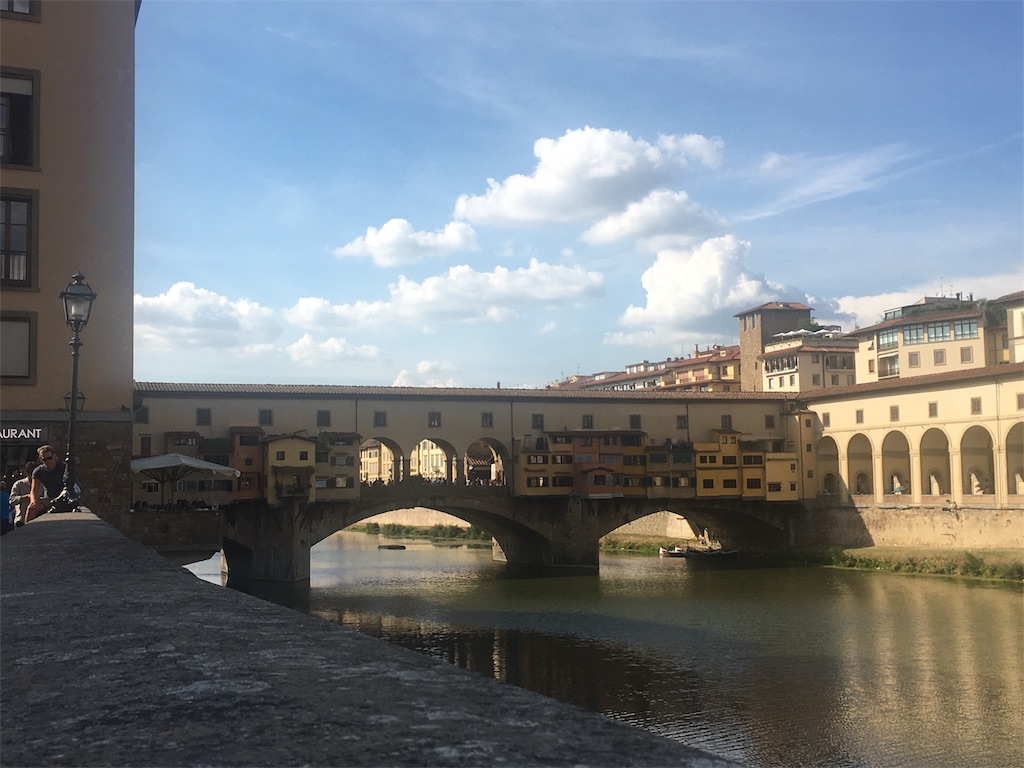 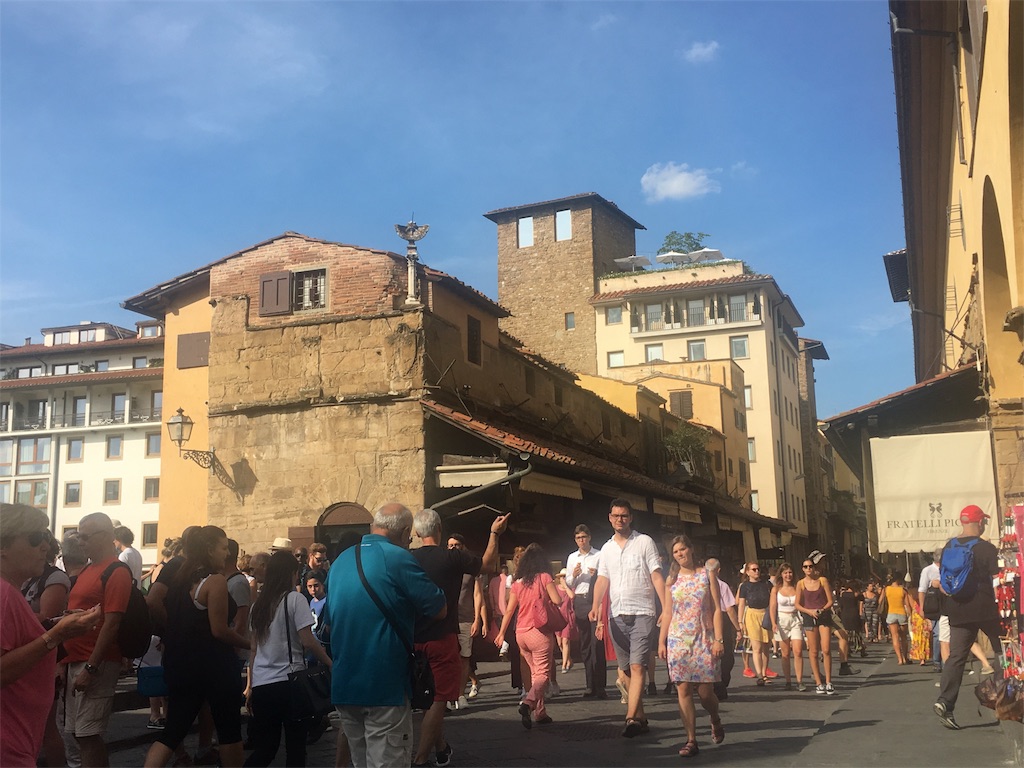 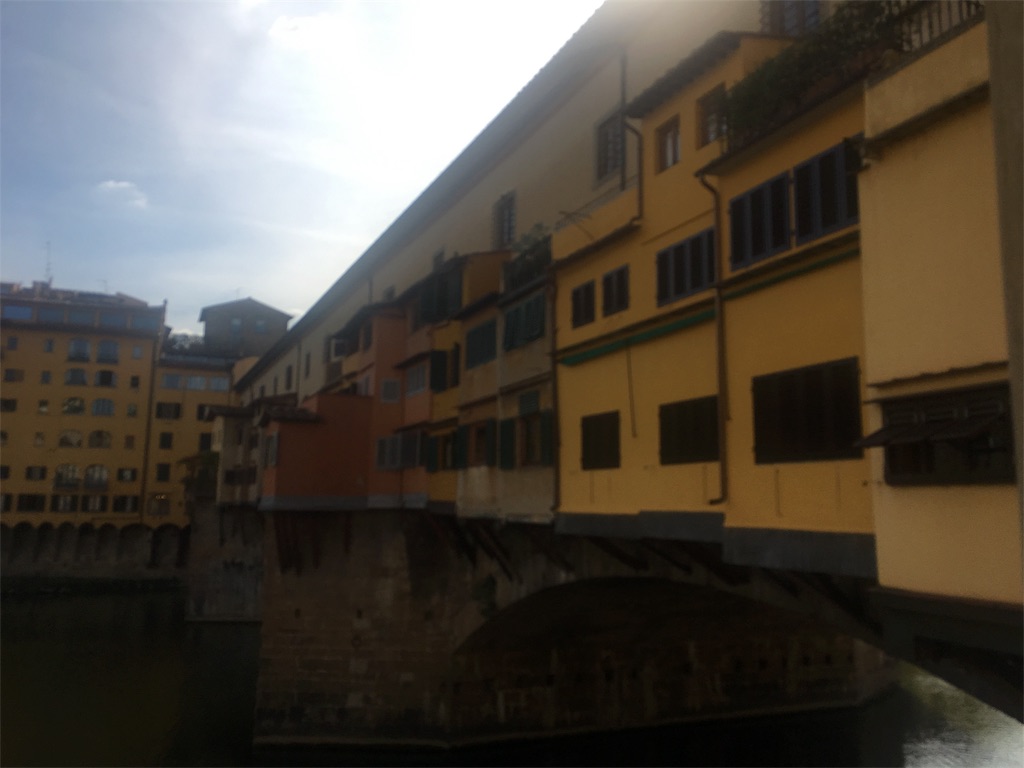 On the way, I found a cozy book shop. 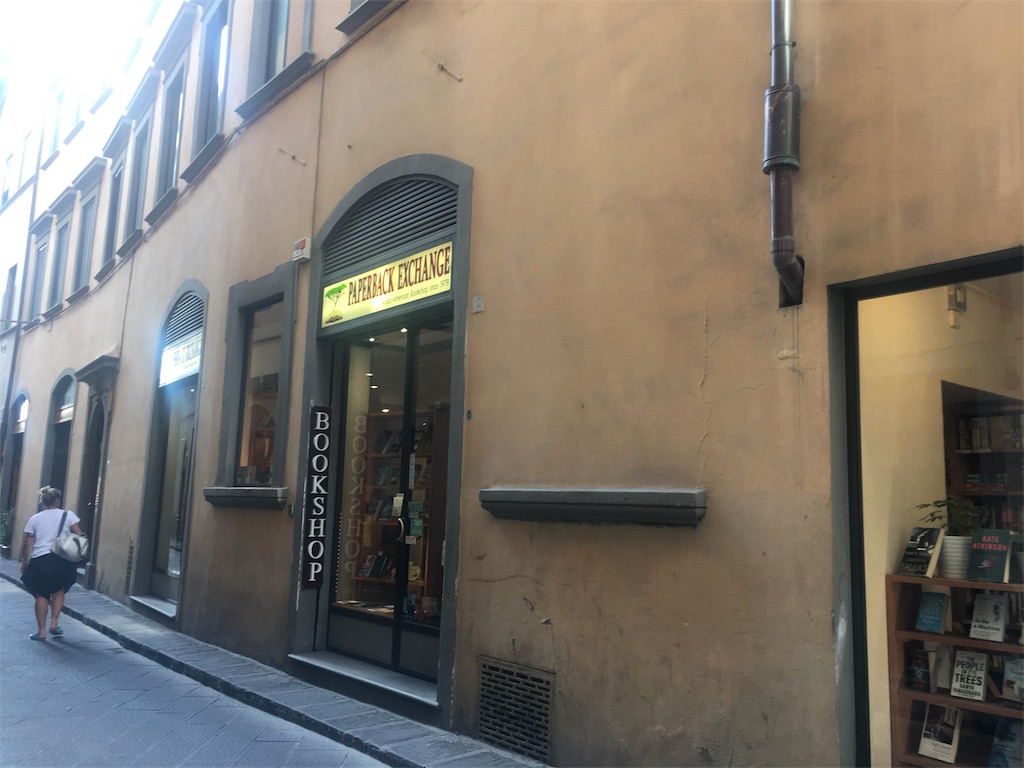 The name is “paperback exchange”. There are new books and used books. I think there are many new one more than used. But this shop opened as a secound hand book shop. I have barely seen used book shops in Europe. People

well, I bought a new book!! 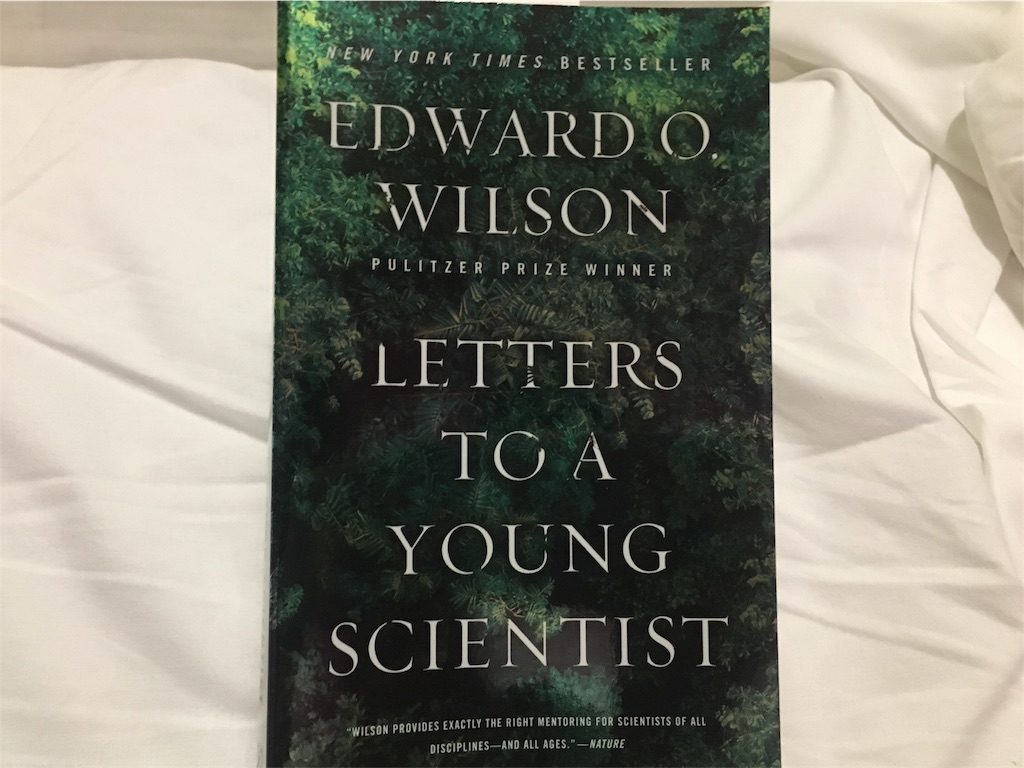 If I can choose what I would be once again, I would be a scientist! I thought scientists study about chemicals. So I was not interested in but I now realize that it’s very connected to nature! I can invent something to protect! So nice:)

but it is too late. I don’t have so much motivation  to start learning to be a scientist. So! I want to encourage young people with this book! There’s no translation so far. If I have time and good motivation, I will translate it in Japanese and get people’s interest :) I want my library to be a place to discover interesting things about the world. I mean not only the earth also other countries and cultures!! I want to be a little teacher ;)

so that’s my dream!